When Lightning Strikes Your Home 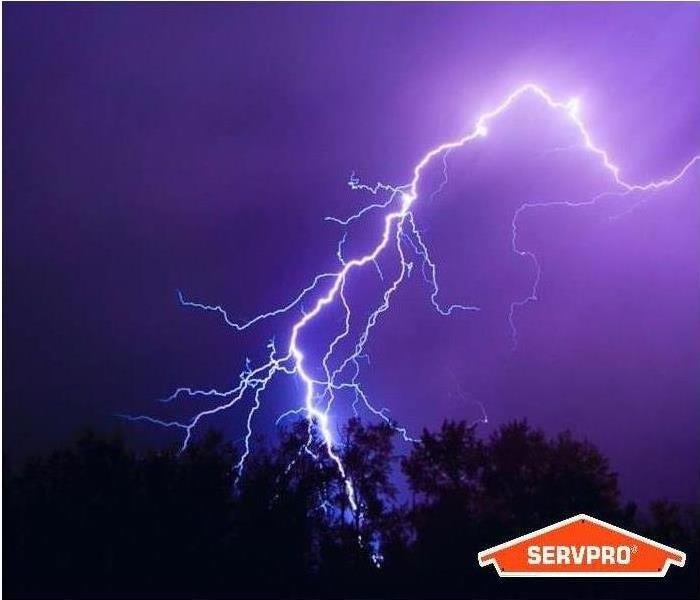 When lightning strikes, SERVPRO of Albany and Americus strikes back! Call us today at (229)-439-2048

Fact: As it turns out, lightning is more likely than not to strike twice in the same location. Lightning favors the path of least resistance.

Lightning must interact with other environmental conditions before fires can result. Ignition depends upon sufficient heat production from the lightning, weather, and fuel conditions to ignite combustible materials.

The most effective fire starters are "dry" lightning storms -- thunderheads from which little precipitation reaches the ground and which commonly occur after droughts or dry seasons. Dry lightning is especially likely when the earth's surface moisture dries out.

The lightning strokes they generate are responsible for over 10% of the total number of fires per year in the United States alone. By contrast, lightning fires account for about 20% of burned wildfire acreage.

Lightning strikes can cause significant damage to your home or business. Often you will not see signs of the damage at first due to the damage hiding in attics or inside walls. We suggest that after lightning strikes your home that you call the fire department immediately even if you do not see flames or smoke. It is also good to remember to call your electrician after a lightning strike to run an electrical diagnostic test.

According to the NFPA from 2007-2011 the U.S. Local fire departments responded to an estimated average of 22,600 fires per year that were started by lightning.

Lighting bolts are estimated to reach up to 50,000 degrees.

SERVPRO of Albany and Americus has experienced the aftermath of a fire caused by a lightning strike. The odor, the charred insulation within the attic or walls. We have an experienced team to handle any size fire or water loss.

If your home has been hit by lighting count on SERVPRO of Albany and Americus to make the fire damage “Like it never even happened.”