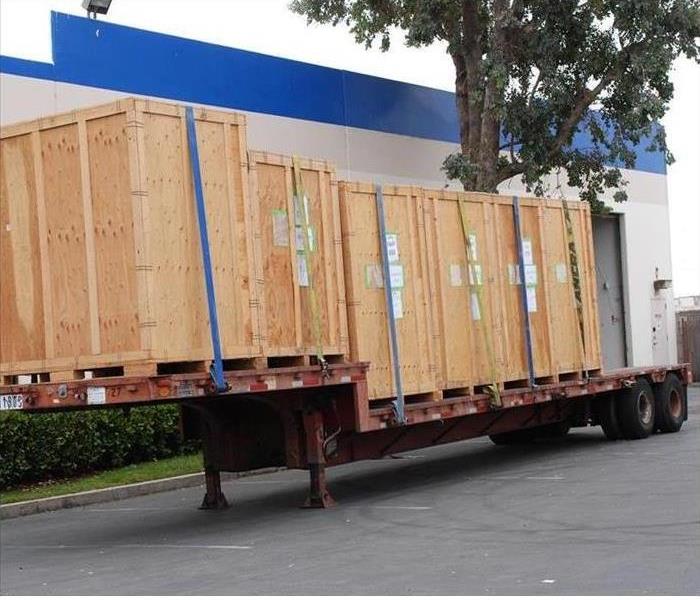 When an office for a large medical facility was damaged by sewage, SERVPRO of Albany and Americus responded. We extracted the sewage and removed contaminated building materials such as carpeting and portions of sheetrock.

The furniture in the office, such as desks and chairs were made of metal. We were able to clean and sanitize these items.

To facilitate the final cleaning of the structure, including performing reconstruction, the furniture had to be removed.

SERVPRO of Albany and Americus technicians carefully cleaned the furniture at the location and carefully packed it into storage vaults for transport to our storage facility in Albany, Georgia. We can be reached 24/7 at 229-439-2048.

As soon as the office structure was ready for occupancy the furniture and office equipment was returned and set up.