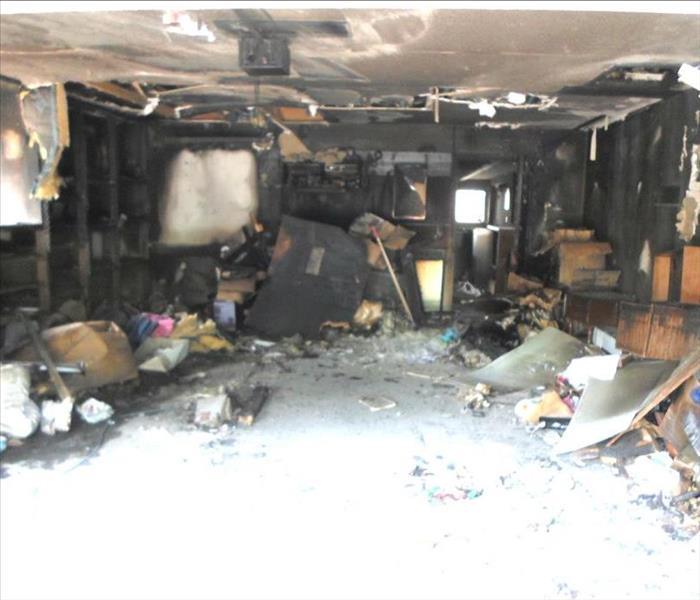 Fire damage to this Albany garage was severe, as the before photo portrays. The fire destroyed the contents. The windows had been shattered, and you can see in the picture that the ceiling was damaged. The homeowner called SERVPRO of Albany to carry out fire restoration of the structure. The fire damage cleanup began immediately. Then we tore out the materials that the fire damage restoration process would be unable to return to their pre-loss condition. Once we had mitigated the smoke damage, we were ready to repair the fire damage to the ceiling of the garage. All that remained was the installation of new drywall. If you find yourself in need of a fire restoration company, call SERVPRO of Albany 24/7 at (229) 439-2048.

View More Before & After Photos